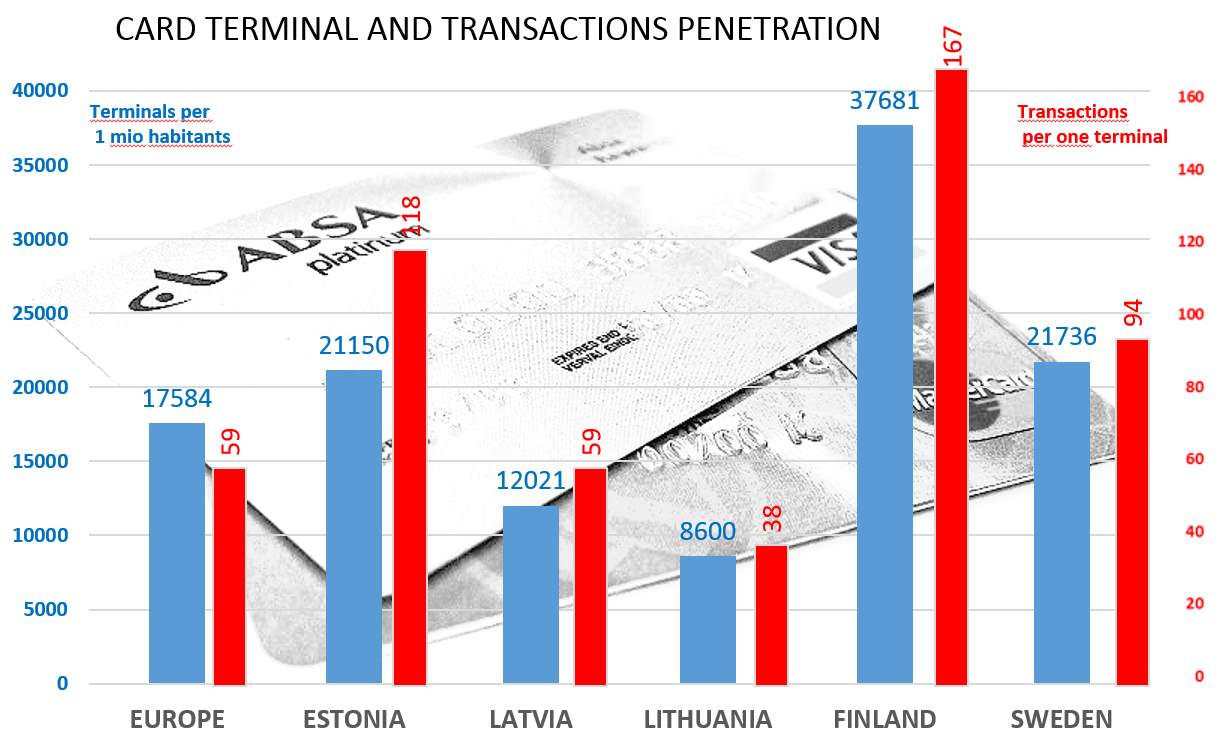 Posted at 08:24h in News by SuperUserReigo 0 Comments
0 Likes
Share

Private debit cards used for card payments in POS terminals the most in Estonia, for cash out the most in Lithuania

There is also a drastic difference of the transactions amount per terminal Estonia 118, Latvia 59 and Lithuania 38. The Estonian transaction amount per terminal is in the same range as Swedish (94) but less than Finnish (167). Latvian indications are on the same level as the European average (59) and Lithuania lacks 55%. The data shows the potential for card payment growth in the Baltics especially in Lithuania and Latvia, but there is also a lot of room for development in Estonia.